Founders of Zapier, Bubble, and more Predict the Future of No-code

Founders and CEOs from top no-code platforms, communities, and agencies share their predictions for how no-code tools will affect software development and entrepreneurship in the future. 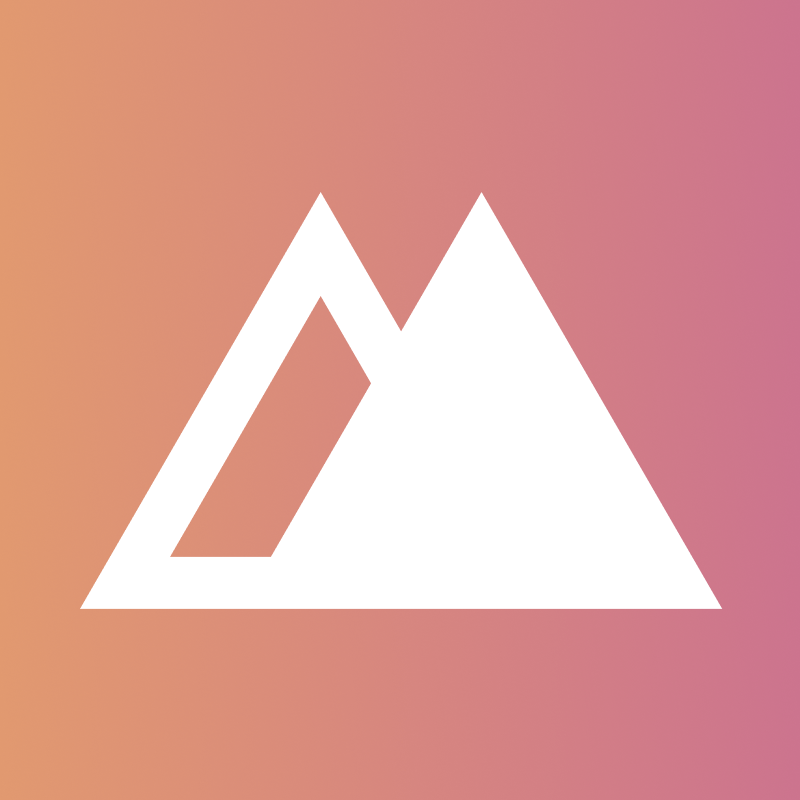 No-code and low-code platforms are dramatically expanding who can build software, and in the process they’re disrupting the typical software development processes within larger companies as well as enabling a corresponding expansion of opportunities in entrepreneurship.

I recently wrote about my take on this in a post titled No-code is Eating the World, which contained a short section that included some of my thoughts on about the future. Here they are:

I started to wonder how others in the space were thinking about the potential impact of such a significant shift in technology development, so I asked some of the founders and CEOs of the top no-code tools and communities what they thought. Here’s what they said:

“No-code tools unlock innovation for companies and individuals alike by allowing them to build and create without using code. We’re already starting to see an explosion of companies, tools and money in the no-code space. It’s only a matter of time until no-code powers the next billion-dollar unicorn.”

“We believe that 95% of custom software that's built by programmers today will be built on no-code in the future. This will unlock a second massive wave of software development, and this wave will be open to anyone anywhere in the world to participate in as a creator.”

“I think within the next 5 years we’ll see our first unicorn company built purely with no-code tools. I think we’ll also see much more funding in companies built without code. Beyond that, I hope to see building without code becoming much more mainstream – it won't be "no-code development"; it'll just be "development". I'm hopeful it will also become something that’s taught at school, college and university and is a natural part of school curriculums.”

“Enterprise-grade no-code platforms like Unqork can supercharge innovation for companies of all types. By eliminating monotonous and repetitive tasks, enhancing quality, and freeing organizations from legacy code, tech teams can build complex apps significantly faster and cheaper than before. At the startup level, where building fast is critical for a company’s growth and survival, no-code is an essential tool. While the visual interface of a no-code platform does allow non-technical users to be part of the software development process, the real power of no-code is what happens when you put it in the hands of an engineer: 10x-ing their productivity and allowing them to focus on truly innovative work. In the coming years, more and more companies - large enterprises and startups alike - will adopt a codeless architecture approach -- an open standard to development that allows organizations to build and run applications without ever thinking about the underlying code.”

“Imagine a world where everyone can read but only 1% of people can write. That's actually the world we live in! I am, of course, talking about the disparity between the people who merely use software, and the people who create software. It may seem strange to compare literacy as traditionally conceived, to the ability to create software, but software will shape our experiences, ideas, and behaviors more than writing ever has. Expanding access to software creation is often framed as an issue of justice–and it is–but more importantly, the effective use of software is possibly the greatest and most proximate opportunity to realize our full potential as a knowledge-creating species.”

“The emergence of no-code and low-code tools is fundamentally changing the way we approach software development and opening up programming capabilities to a far broader group of people. This is allowing non-technical and semi-technical people to up-skill themselves to be able to create complex applications of all kinds, from bespoke internal tools to predictive AI applications. This completely displaces the current norm that requires the engagement of software developers to carry out these tasks and moves these skills to the entire workplace. Not everyone will utilize these tools of course, but it opens the opportunity to everyone and drastically reduces the learning curve.”

“At a time when the creator economy is booming and the cost of mobile apps is rising, Thunkable empowers users to do more with less,... Whether they want to use a pre-built template or create one from scratch, we give them the space to build a fully functional app to completion without any limitations.” (quote from VentureBeat)

“What I'm most excited about is that no-code will level the playing field for SMB's that didn't have the technical resources to compete digitally with large enterprises. No-code will allow smaller companies to be ultra competitive by leveraging tools that they can make work for themselves, at a very fair price point, which are easy to use, maintain and update.”

“I think the pitch of nocode is very simple: SaaS was one of the best performing asset classes in the US last year and nocode enables everyone to build their own SaaS platform faster and cheaper. As a result, it is clear to me that we are about to see a huge wave of new digital businesses being founded by entrepreneurs who now don’t need a technical founder. This is a huge opportunity as software development has finally been democratised.”

“App integrations and automations will be the norm, whether natively or via no-code/low-code integration platforms (iPaaS) such as Zapier. Apps lacking APIs/webhooks to support this functionality will be at a disadvantage. If you're using or building an app, these capabilities should be a priority feature, as those will unlock potential use cases for you.”

“No code will 10x the number of entrepreneurs. It goes hand in hand with The Great Resignation, empowering anyone with an idea to finally realise their vision. Finally people really believe they can bring any idea into fruition, so no code will lead to real innovation. Innovation at speed and great quality. No code will lead to a rise in product quality. It empowers more entrepreneurs to create world-class products. With no-code, they can quickly iterate and improve the product the moment they get customer feedback.”

“We are going to see a massive acceleration in digital innovation. Now with the power of no code, it has never been easier for entrepreneurs to test and iterate on their ideas quickly. The market for web apps is going to grow 10x easily over the next few years.”

“We're seeing a shift from SaaS tech stacks and custom app development to custom workflow automations using no-code tools and APIs. Because no code has democratized app building, we're working directly with teams now and not enterprise IT. This is because teams want to build new workflows that match the way they work and that everyone will use. No-code builders can come in with a compelling value proposition based on low cost, rapid deployment, and total customization of any workflow. I call it productizing your operations.”

“No-code's impact is inevitable and there's no escaping that it will become an everyday part of our lives as more and more people discover how it can help them. In fact, learning no-code will be something essential for our kids and grand-kids, similar to communication skills or doing your laundry.”

“People also thought cars, computers, and robots would put people out of jobs. And while to some extent this is true, they also always create new jobs. As it stands, this means tech can grow rapidly because so many more people can build it. On the other hand, it means software engineers will stick to focusing on increasingly more complicated problems that are beyond the reach of no-code at the time- like AI, blockchain, 3D rendering, and more. And yet many of these tools are finding ways to integrate with low-code app development to function as extensions further improving its power.”

“I think that 5 years from now, most of the startup's early versions will be built with no-code tools. This will help startups validate product and feature ideas faster and cheaper. I think we'll have to wait another 5-10 more years until no-code tools can replace coding for later-stage products, mainly due to the scalability issues of no-code. The first no-code unicorn will naturally happen once scalability is no longer an issue.”

Advancements in computer software have dramatically influenced our society over the last several decades. Digital products and software programs have disrupted media (Twitter, YouTube, Substack), how we shop (Amazon, Instacart, self-serve kiosks), how we connect with one another (email, facebook, LinkedIn), and every other corner of the economy.

Until recently, the ability to “communicate” with the software and hardware machines that drive these businesses, products, and services has been limited to a very small set of software engineers and computer programmers. The introduction and growth of the no-code platforms highlighted above has the potential to accelerate innovation and expand access to the fruits of this technological revolution.

We’re excited to see what you build!

Do you have a prediction for the future that no-code and low-code tools will bring about? Email us your prediction to get it added to the list above!

Receive updates as new posts about design, entrepreneurship, and low-code development are published.

You're all signed up.
Oops! Something went wrong while submitting the form. 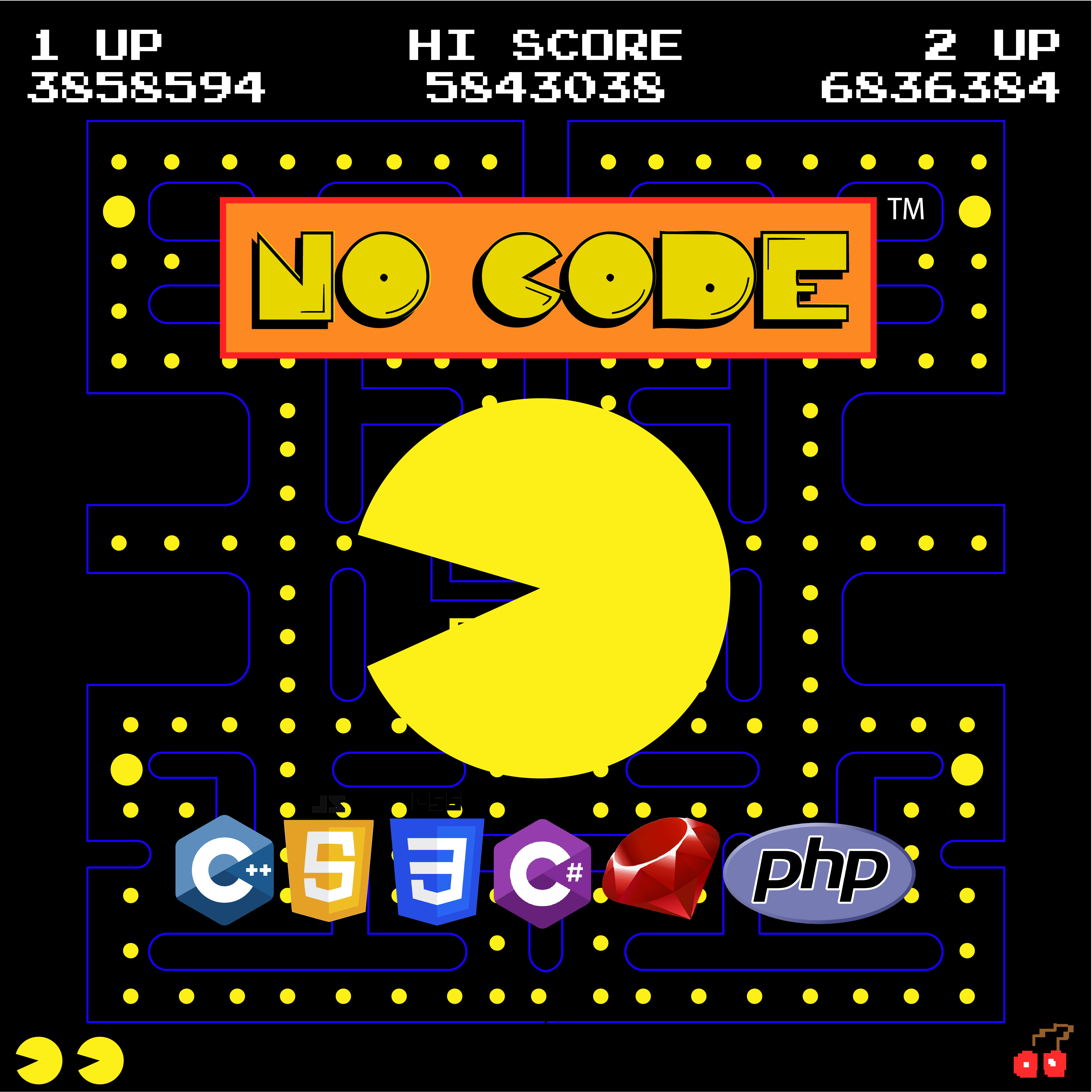 No-Code is Eating the World

No-code and low-code tools are dramatically expanding who can build software, and in the process disrupting the typical software development life cycle. 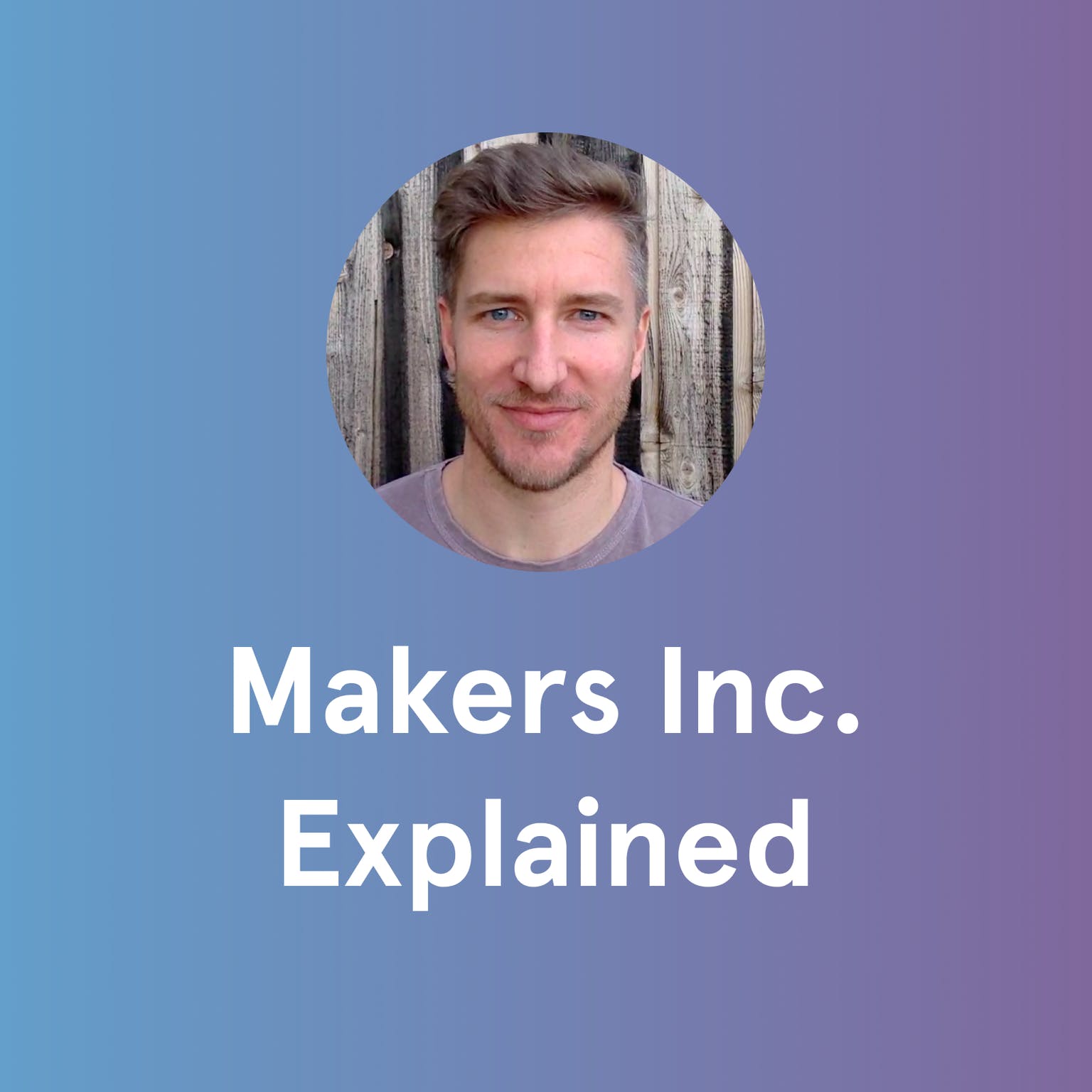 I walk through the Makers Inc. minimum viable product (MVP), and discuss my past experiences as well as my goal for the new business. I'll be sending around regular updates as the project progresses. 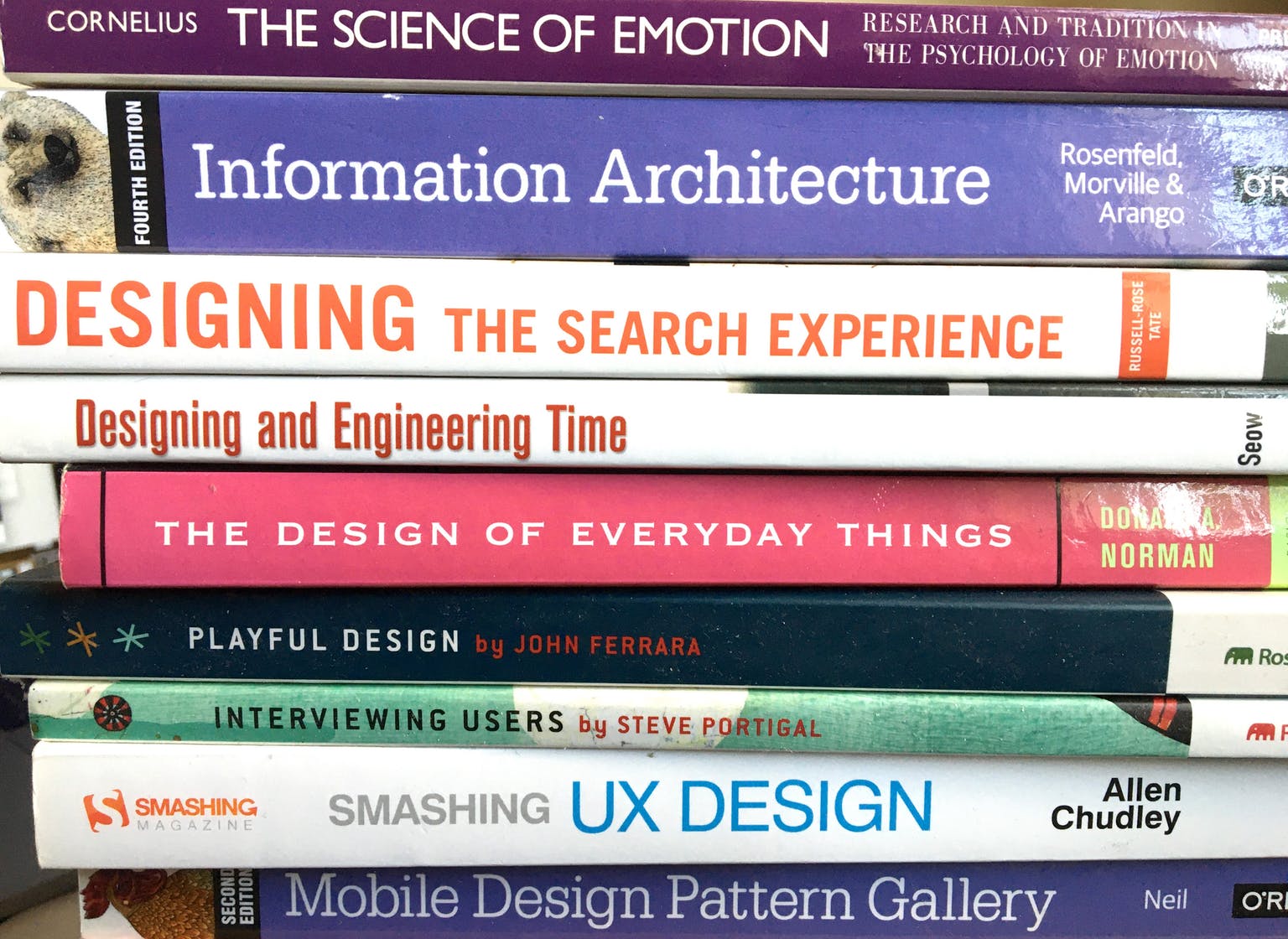 Recommended Reading and Listening for Startups

If you're just getting started in the worlds of Product Design, Entrepreneurship, and general making, we recommend working your way through the content below. There's no need to consume them in any order, just start with whatever interests you most.

Receive updates as new posts about design, entrepreneurship, and low-code development are published.

You're all signed up.
Oops! Something went wrong while submitting the form.
© 2022 Makers Technologies. All Rights Reserved.
Follow Us: